Dual diagnosis is a term used to describe a substance use disorder accompanied by some other mental health disorder. These diagnoses can occur in several combinations, such as alcohol abuse with major depressive disorder or heroin use with generalized anxiety disorder. If you have a substance use disorder on top of a mental disorder, it becomes more difficult to manage both conditions, making professional treatment an essential component of your recovery plan. Virtue Recovery Center offers a dual diagnosis treatment program that can be completely customized to meet your needs.

According to the Substance Abuse and Mental Health Services Administration, up to 56% of people with severe mental illness experience co-occurring substance abuse at some point in their lives. Some people develop a mental illness first and start using substances to cope with their symptoms. Others engage in substance abuse first and then develop co-occurring mental illnesses later. In either case, it’s important for both conditions to be treated together. Addressing just one disorder may relieve some symptoms, but it doesn’t provide the best chance of a lasting recovery.

Under the integrated treatment model, substance use disorders and mental health disorders are treated by the same team of professionals. When patients enter substance abuse treatment, they’re screened for mental illness so a customized treatment plan can be developed to address their substance use and any co-occurring disorders, increasing the chances of a successful outcome.

In an integrated treatment program, patients also receive a single consistent message regarding their treatment. Therapy, medication management and other services are delivered by experienced professionals who understand how substance abuse and co-occurring mental health disorders can affect each other. These services are typically delivered in stages, with services delivered based on what’s appropriate for each stage of recovery.

Stages of Treatment for Substance Abuse and a Mental Health Disorder

An integrated treatment approach typically has four stages: engagement, persuasion, active treatment and relapse prevention. Each stage corresponds to a motivational stage a patient experiences during the recovery process.

The engagement stage corresponds to the precontemplation stage of recovery, which is when a patient has yet to acknowledge problem behaviors that need to be changed. During this stage of integrated treatment, treatment professionals typically build rapport with their patients and listen to their concerns without offering advice. They also use motivational interviewing techniques to determine how patients are affected by addiction and other mental disorders.

The persuasion stage corresponds to two stages of change: contemplation and preparation. During the contemplation stage of change, an individual acknowledges that a problem exists but isn’t sure if they want to make a change. The treatment professional uses motivational strategies to overcome the patient’s reluctance to change, prompting a transition to the preparation stage, which is when the patient has finally made the decision to change their negative behaviors.

Active treatment is linked to the action stage of change. During active treatment, the patient takes steps toward recovery. The treatment professional’s role is to provide support, educate the patient on the recovery process and offer suggestions to help the patient make positive changes.

Generalized anxiety disorder is characterized by persistent or excessive worrying, difficulty making decisions and an inability to relax. GAD can even cause physical symptoms, including fatigue, muscle aches, trouble sleeping, sweating, trembling and nausea. Some people with GAD start drinking or using drugs to cope with their excessive worrying, leading to a dual diagnosis that requires integrated treatment.

Bipolar disorder is often diagnosed in people with addictions to drugs or alcohol, making it one of the most common co-occurring disorders. One of the main symptoms of bipolar disorder is severe mood swings that can interfere with a person’s ability to maintain personal relationships or carry out normal daily activities. Bipolar I disorder is diagnosed in people who’ve had at least one manic episode, which can cause increased agitation, jumpiness, racing thoughts, impulsivity or an exaggerated sense of confidence.

Anorexia, bulimia and other eating disorders are among the most common co-occurring disorders. People with these disorders tend to be preoccupied with their weight, causing them to develop harmful relationships with food. Anorexia typically causes people to believe they’re overweight even when they’re at a normal weight or even underweight, resulting in restricted eating, an intense fear of gaining weight and emaciation. Bulimia is characterized by episodes of binging and purging, which can cause sore throat, acid reflux, worn tooth enamel, dehydration and electrolyte imbalances.

BPD is a mental health condition that affects the way people think about themselves and their relationships. Someone with this disorder typically fears abandonment and desires stable relationships with loved ones, but distorted thinking causes behaviors that can push other people away. For example, someone with borderline personality disorder may have frequent mood swings or engage in impulsive behavior.

PTSD often develops in people who’ve experienced or witnessed some type of trauma. This mental health condition has been linked to military service, natural disasters, sexual assault, childhood trauma and bullying. People with PTSD typically have disturbing thoughts, flashbacks or intense nightmares long after the initial trauma occurs, which can interfere with daily life and increase the risk of drug abuse or alcohol abuse. 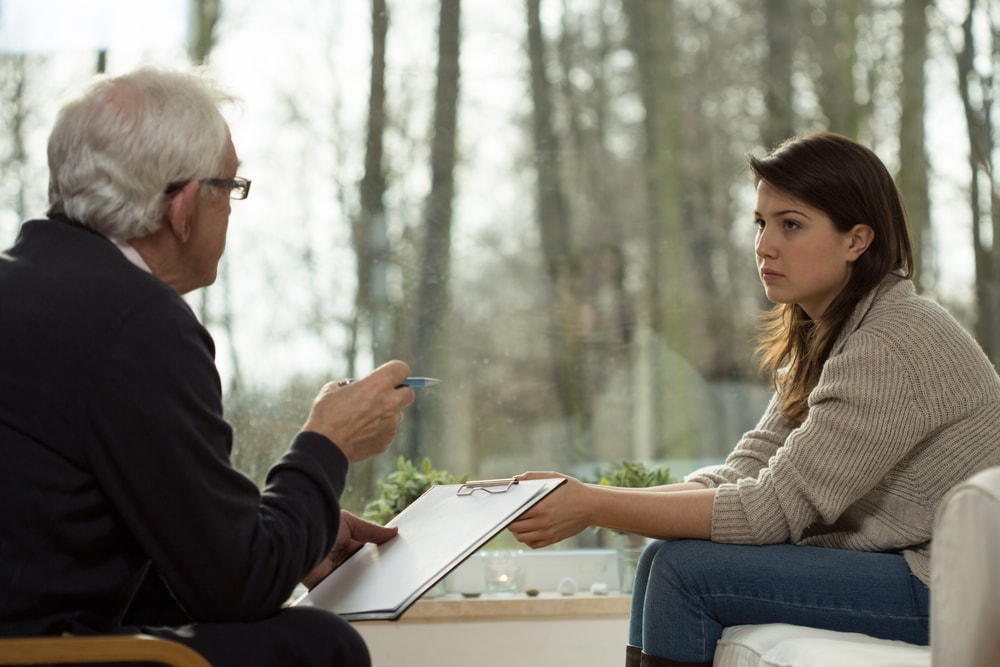 Virtue Recovery Center offers dual diagnosis treatment to help people overcome their addictions and address underlying mental health conditions that may be making those addictions worse. If you’re ready to make a positive change, call (877) 244-3250 to request a free assessment.

Start your recovery right away.

Contact Virtue Recovery Center to find a treatment program near you

Not sure if our therapy program is right for you or your loved one?

We have counselors standing by to answer any questions you have.